Learn how Topeka Pediatrics transitioned to PCC from an EHR they didn’t like.

Learn how Topeka Pediatrics transitioned to PCC from an EHR they didn’t like.

*A note on training procedures: To better support our clients as they begin their Go-Live process with PCC, we are now offering personalized remote training and implementation only for PCC EHR clients. Remote training offers the convenience of on-demand support when and how you need it, without exchanging the quality of direct support from our Implementation Team. This client success story was authored prior to this change.

As repeated attempts to reach customer service at her former EHR vendor continued to result in frustration, finger-pointing and the run-around, she decided it was time to make the change.

She transitioned her practice – Topeka Pediatrics – to PCC’s EHR system in December of 2018, and hasn’t looked back.

As a one-doctor practice with her daughter as office manager, two medical assistants and a nurse practitioner, ease-of-use is key. Her staff has been impressed.

“My nurse says it’s so intuitive. If she doesn’t know how to do something she can figure it out,” says Cain. “For the other system, there’s just no way that would have ever happened. It was 10 clicks to do one thing – it was ridiculous.”

And since switching to PCC, she’s never once had an issue with customer service.

“Nothing falls through the cracks with PCC,” she says. “They tell you they’re going to do something and they actually do it.” 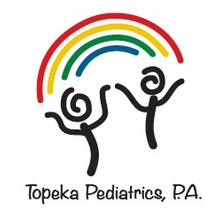 Founded in 2001, Topeka Pediatrics is a Level 3 Patient-Centered Medical Home and the only pediatric practice in Topeka certified by the National Committee on Quality Assurance. As a result, Dr. Cain was looking for an EHR that would support her team in delivering high quality, coordinated care, as opposed to building silos that prevent or delay communication. She’s found the PCC’s integration with the American Academy of Pediatrics (AAP) Bright Futures guidelines useful, as well as reporting tools that help to track important benchmarks across her patient population.

As the founder of a national vaccine group purchasing organization, Dr. Cain is well-aware of the challenges facing small independent practices when it comes to effectively tracking the delivery of and generating revenue from vaccinations. Although she initially questioned whether PCC’s EHR would be able to provide adequate support in this arena, she quickly realized her fear was unfounded. The platform includes immunization forecasting software that interfaces with her state registry for free, allowing pediatricians to track and send notice to patients who may have missed key vaccinations. (Read more about PCC’s partnership with Scientific Technologies Corporation).

Dr. Cain ticks off a long list of additional positives attributes she’s found since going live with the EHR: She points to the scheduling component that allows for color coding, so staff can see open appointment slots at a glance, as well as the customized forms and clinical and financial alerts that remind her of key benchmarks.

“When the patient comes in, you can see that they need a flu shot, they need an asthma visit, they’re on a payment agreement, they’re on collection letter number three, they need new phone number – it’s amazing,” she says.

She’s also heard positive feedback from patients using the portal, who praise its user-friendly design and clean look. Her office manager prints bills to the portal and takes electronic payments through it.

“Our patients – after having to deal with the other portal – they say this is so easy,” she says. 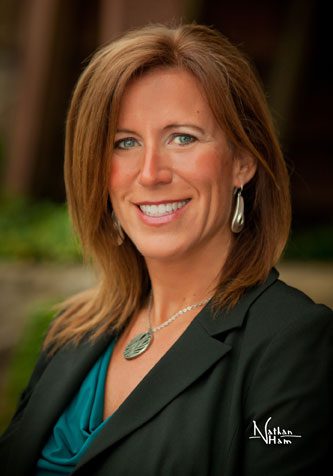 “In our community, there’s no place to be seen by a pediatrician outside of office hours,” says Dr. Cain. “We don’t even have pediatric ER coverage in emergency rooms. A lot of the pediatric offices don’t do walk-in times or make availability for sick kids, so they end up sending them to adult doctors.”

PCC worked with Dr. Cain and her team to create a system that meets their specific requirements.

Although it’s not often that PCC has a practice that also runs an urgent care clinic, the team rose to the challenge, says PCC Software Implementation Specialist Lauren Smith.

“I’d worked with one other practice using this configuration before, so I was familiar with their special needs, but we definitely had to prepare and think it through.”

The urgent care clinic and Topeka Pediatrics run from the same on-premises PCC server, but each has its own database.

Smith says: “To keep the billing and credentialing properly separated, we had to construct a secure login process for each business.”

When it came time to actually flip the switch to PCC, Dr. Cain felt confident because of the time and attention PCC put into the training and implementation processes.

Smith worked with the practice through the six-month transition to PCC’s EHR, beginning with a kick-off meeting.

“The kick-off is a day and a half long meeting,” she says. “We get to know the practice a little bit more and we give an overview of the software. It does have a training component to it, and that’s also when we start discussing what they’ll want to think about as far as their workflow improving when they come online with the new system.”

Then, PCC’s team and Dr. Cain’s team had weekly meetings through a video conferencing platform and an online project management tool to provide support and organize next steps.

Dr. Cain and her team had action items and due dates clearly laid out, and at the weekly meetings they’d check in on progress.

While the practice worked on documenting and refining processes for things like billing, charting, and scheduling, the PCC team got started on the data conversion process so that the practice could hit the ground running.

“Our development team gets their data and converts it into our systems,” Smith says. “They actually start on our system with all of their previous visit notes.”

Smith notes that transitioning to a new system doesn’t require reinventing any processes that are working well, but they do work with every practice to identify inefficiencies and create new workflows that work better.

“If you have workflows in your office that you feel like are going really well, you don’t need to change them just because you’re moving to PCC’s EHR,” she says. “However, if there are workflows that have been driving you nuts and you want to change them, now’s the time to do it.”

After all of the components are in place and the foundation has been laid for a successful transition, two members of the PCC team travelled to the practice for the go live date.

“Usually we’re in the office a few days before their first official day live because we do like to do some training for the whole staff on-site beforehand,” says Smith.

On December 1, 2018, Topeka Pediatrics flipped the switch on their new EHR. For Dr. Cain, the in-person support was key.

“They worked through charts with us, double checked that everything was working the way we anticipated it working,” she says.

PCC sees that ability to troubleshoot in the moment when the system is brand new as setting the practice up for success over the long-term.

“Those first couple of days there tend to be a lot of questions, and that way we’re right there,” Smith says. “They can literally turn around and say, ‘Hey, can you show me how to do this?’  instead of having to try to get a hold of us over the phone.”

The goal throughout the implementation process is to make it manageable for a team who continues to see patients and conduct their daily business. Dr. Cain and the staff at Topeka Pediatrics rose to the challenge, says Smith.

“We know that we’re talking to people that are running a practice. They’re seeing patients, they’re having to deal with the day to day, and then on top of that, we’re asking them to do things,” she says. “We try to make it manageable chunks, but it makes such a difference when you have a practice that is really engaged in that process. You can tell the difference when they get to go live, because they’re so much more comfortable with the system.”

After the new EHR is running, the training and support continues for another six to eight weeks, with weekly video conference meetings and Basecamp support. Then, the practice “graduates” to the support team for help when they need it.

Support for the Long-Term

Even long-term, training and support continues. Dr. Cain’s office manager, Brenna Mackenzie Hall, will be participating in a roundtable discussion on urgent care clinics within a primary care practice at the upcoming PCC Users Conference from July 16-19 in Burlington, Vermont.

Dr. Cain’s team continues to talk with their client advocate every other week – the person at PCC who is their point of contact for any issues, concerns, or ideas. And they have the opportunity to shape the EHR system into the future.

“PCC has a wish list, so if we come up with some crazy ideas about how we think things would work easier, we might tell them to put it on the wish list and then those are things that they start to look at and try to work through for us,” says Dr. Cain.

Ultimately, Dr. Cain says taking the plunge on a new system was the best decision she could have made for her practice. Although it is sometimes difficult to make the choice to change, she encourages other practices to look at the big picture and trust that the next step with their EHR will work out better than they could have hoped for.

“When people are stuck, they think that it’s really bad now, it could just get worse, and that’s not the reality,” she says. “You just have to be wary of your thought process and understand that PCC is going to take care of you.”

She sees a bright future for Topeka Pediatrics in partnership with PCC.

“They took away all these worries that I had and solved so many problems for us. It was like a dream come true.”